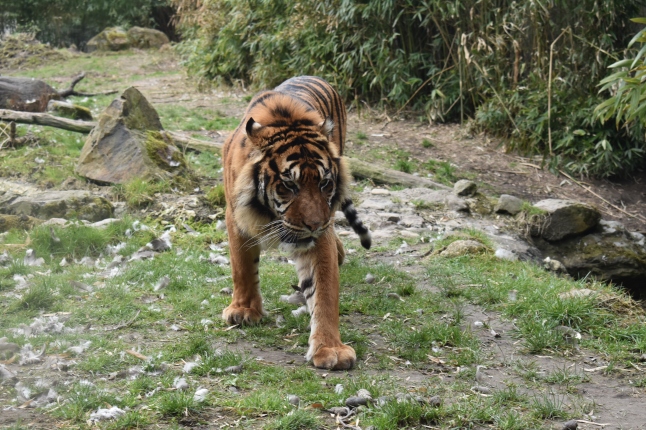 Last week, my friend suggested to visit the zoo. Although I have mixed emotions about animals in captivity, I said yes anyway. Aside from spending a quality time with my friend, it will also be a good opportunity to practice photography.

I will not deny that I tremendously enjoyed meeting these animals that I would otherwise see on television when they are in their natural habitat. I was enToxicated the moment I entered the vicinity. 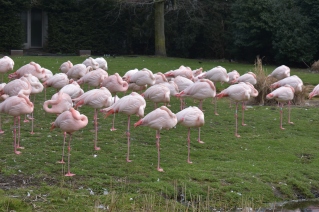 Meeting them might not be accurate to say, because meeting implies that two parties are on equal footing who equally agree to see each other. In the case of the animals in the zoo, I was more likely a looker or a watcher whereas they are being looked or being watched. I am not even entirely sure if they want to be looked at. If truth be told, I felt guilty of the pleasure of watching them.

When I voiced out my concern to my friend, she replied: ‘Oh do not worry. These animals are taken good care of. They are very happy. I have seen other zoos where the cages are so small and you can see that the animals are very agitated and stressed. Here, they get the best care they need from experts’. Then, she also added that our domesticated dogs and cats are no more nor less different that those animals in captivity.

Perhaps, my friend is right. From the humans’ point of view, these animals seem to be very content living in their gilded cage. Who would not be happy when one does not need to worry about food or to receive immediate attention from experts when necessary? Isn’t such a relief that we do not need to worry whether we would be alive or not at the end of the day? Not to mention all the comfort we have by manipulating our environment that will suit our needs. In the zoo, their cages replicate the natural habitat of each specie.

But my question is that how do we really know whether these animals are happy or miserable? How do we know that what they want is what we give them? I do not challenge the notion that human beings, over the years, have evolved into benevolent species. That being said, it should also be acknowledge that, more often than not, in order for the other receive our benevolence, the other must be first subjugated.

While reflecting on the conditions of animals in captivity I saw last week, Michel Foucault’s’ idea on biopolitics comes to mind. Now that they live and bread in captivity, they have become included in the administration of life. The benevolent human, through the advancement of their medical knowledge and technology, makes the life expectancy of these animals substantially longer. Whereas when they are in the wild, they are less likely to reach their adult life. In captivity, one does not need to be the fittest, in order to survive.

At the same time, I also wonder if they are fulfilling their full potential in captivity? Take for instance, the elephants. They are nomadic animals. They need to migrate. Or those birds that are meant to fly far and above. As such, no matter how big their cages are, they are just simply not enough. And do not get me started with the predators, like tigers, lions, sharks, etc. How about their instinct to hunt? Are we really sure that they are satisfied with the food we give them without them working for it? Is it really about the food that predators hunt?

Perhaps, I can only sympathize with these animals because I feel relatively safe from them. Although face to face and close, there is still the impregnable wall that divides us humans from them, the predatory non-humans . What if they have managed transgress that wall, slowly walks toward me, and fell to their mercy? Certainly, I would feel afraid, vulnerable and whished that they have remained in captivity.

The more I think of them, the more I am convinced that their predicament is not very much different than ours. I think it was the French philosopher named Jean Jacques Rousseau who claimed that culture has destroyed our human nature. Our cultures have imprisoned and domesticated us. Indeed, one can say that cultures have also established a hierarchy and maintained various kinds of oppressions that come along with the structures of our societies. Yet at the same time, I cannot really imagine myself living in the wilds.

And I really do love animals. That is because, I am not in the position to be eaten by them. But then again, can we blame the bears for being bears? Anyway, I do not want to eat animals. I will stick to my vegetables, grains, and fruits.

2 thoughts on “Animals in Captivity: Life and Health in Exchange of Freedom”

This blog has no specific theme, subject or structure. Everything is provisional. It does not aim to inform, address current issues, challenge anything, nor change anybody's mind. Should anybody felt offended by any of its content in anyway, apology is extended in advance. Be rest assured that to offend an individual or groups of individuals on any ground is not the intention of this blog. The blogger is blogging for the sake of blogging as one discovers new ideas while in the process of writing. The blogger does not assume objective position but the views and thoughts written here are subjective accounts of the author.